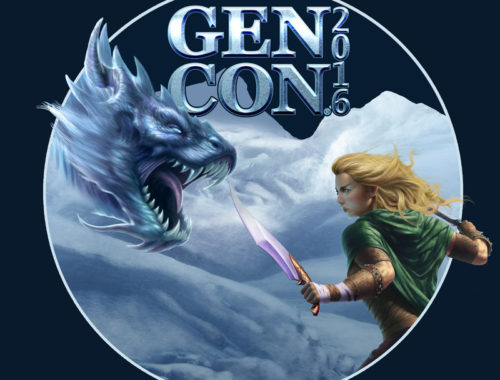 We are at Gen Con from August 3rd through August 6th, 2016. We’re loosely adhering to the following schedule, but be sure to follow I-Hsien and Shane on Twitter for the latest update on our goings-on. We’re always looking to meet up with friends, especially if you suggest we get a beer, and Twitter is the easiest way to reach us at during Gen Con.

Outside of this schedule, we’ll spend most of our time wandering the dealer hall, dropping in on interesting-sounding seminars (fun fact: they’re free and no one checks tickets!), or cracking open and testing out our Gen Con loot, likely in the lobby of the Marriott Downtown (350 W Maryland St., across from the ICC) or Omni hotels.